NOTE: Schedule subject to change due to weather or holidays. Check our Facebook page for updates, or call the Museum to confirm that we are open 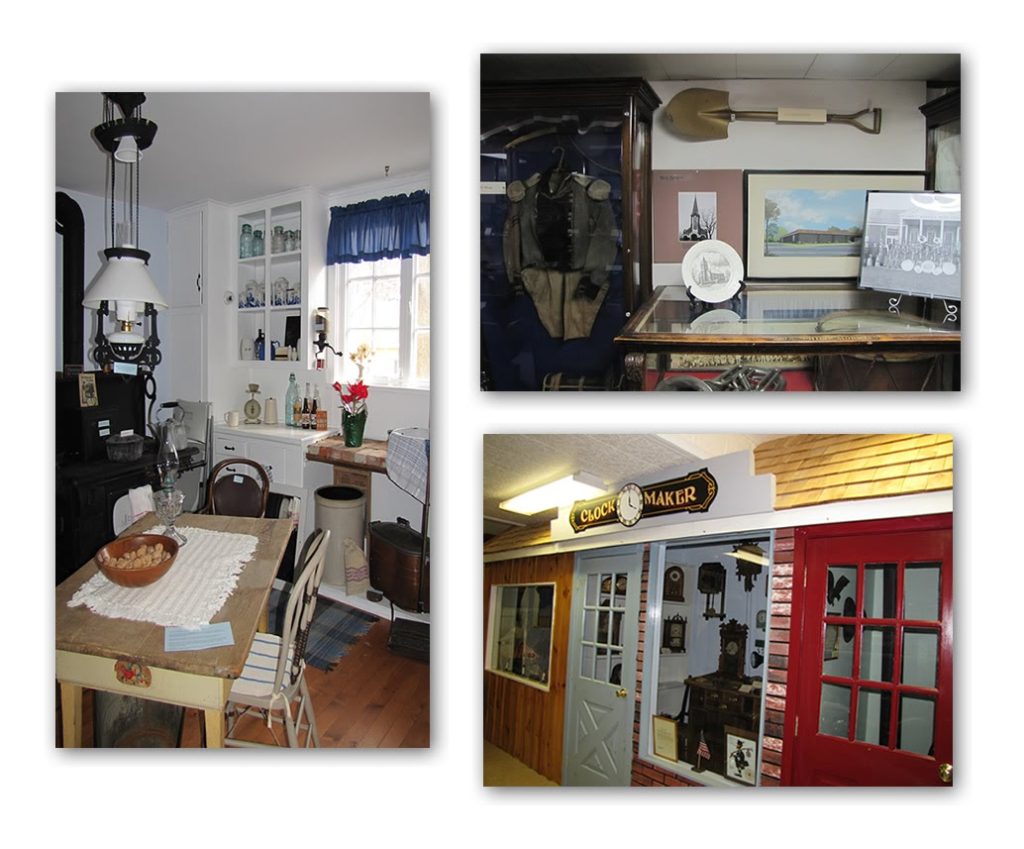 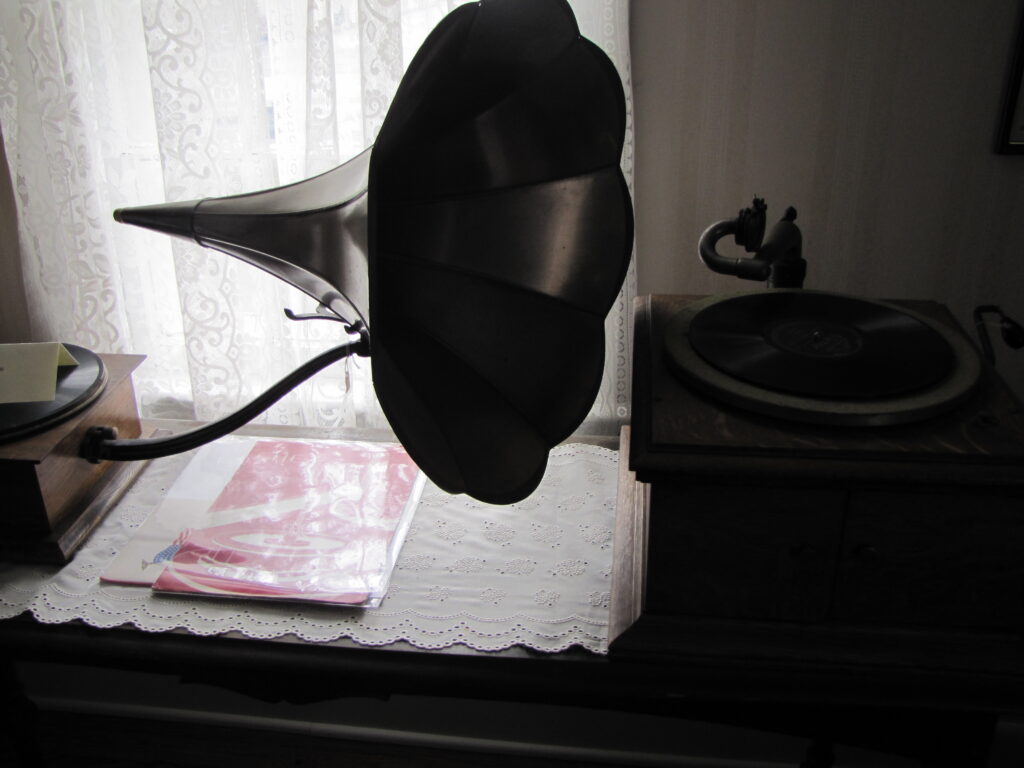 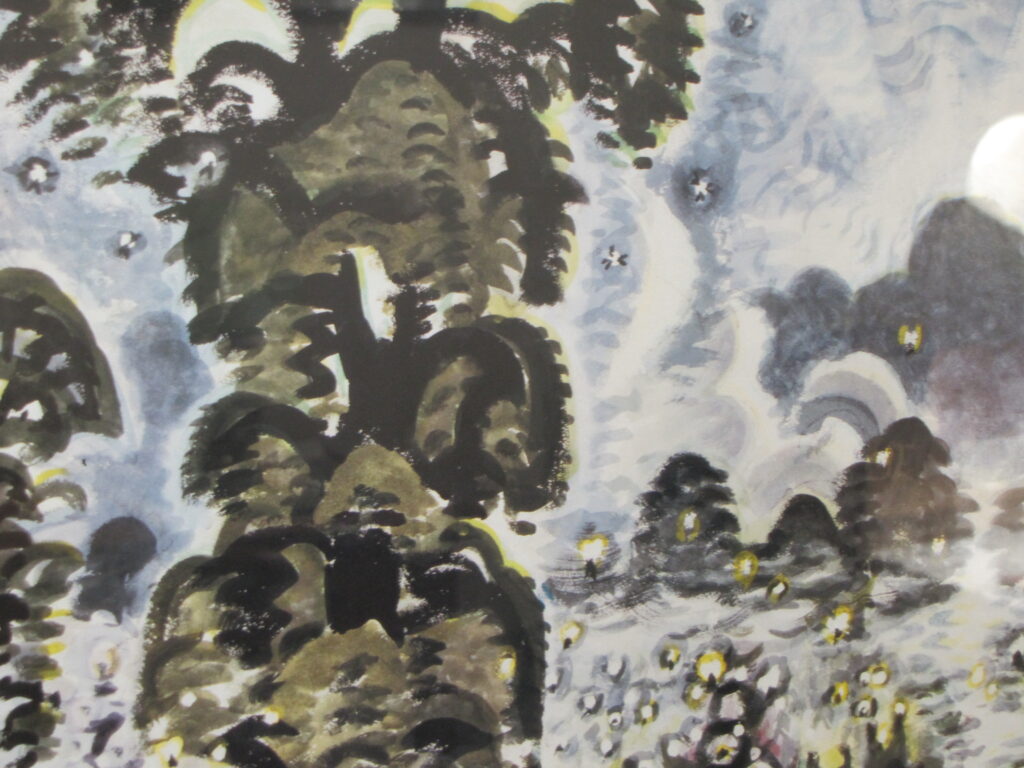 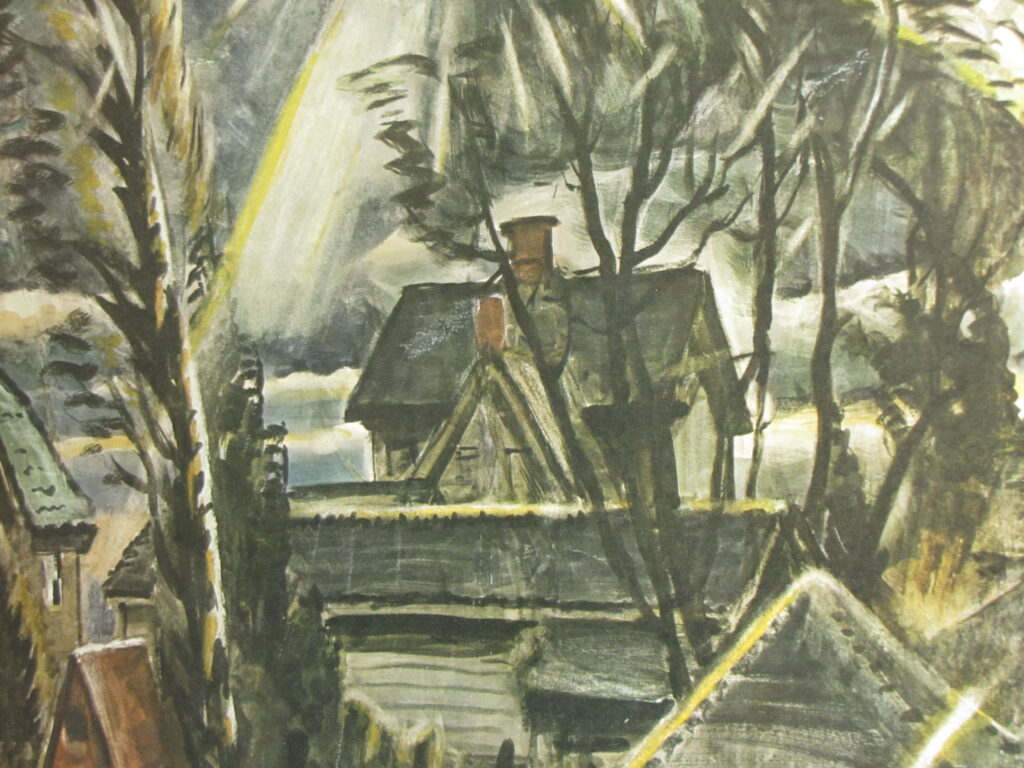 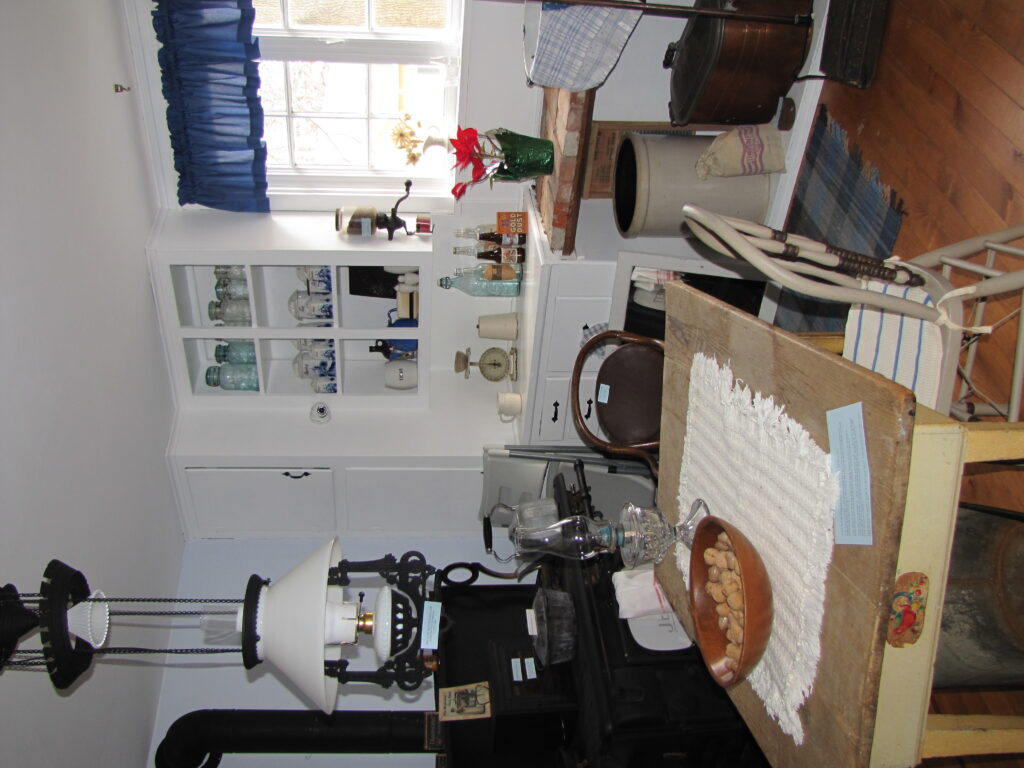 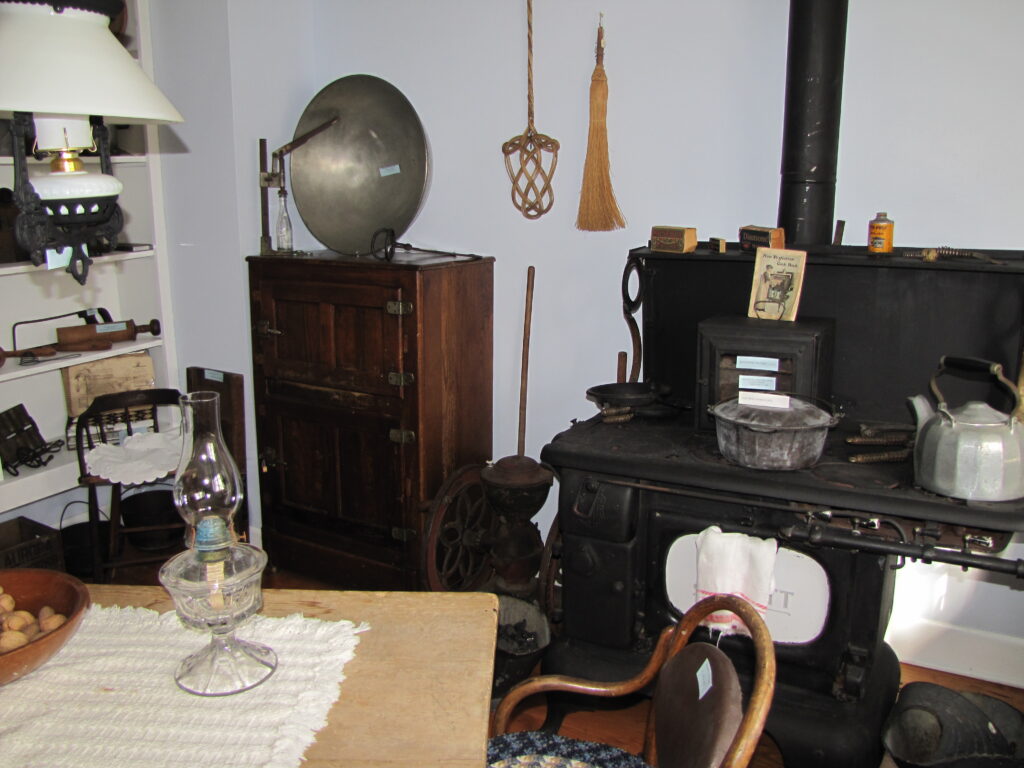 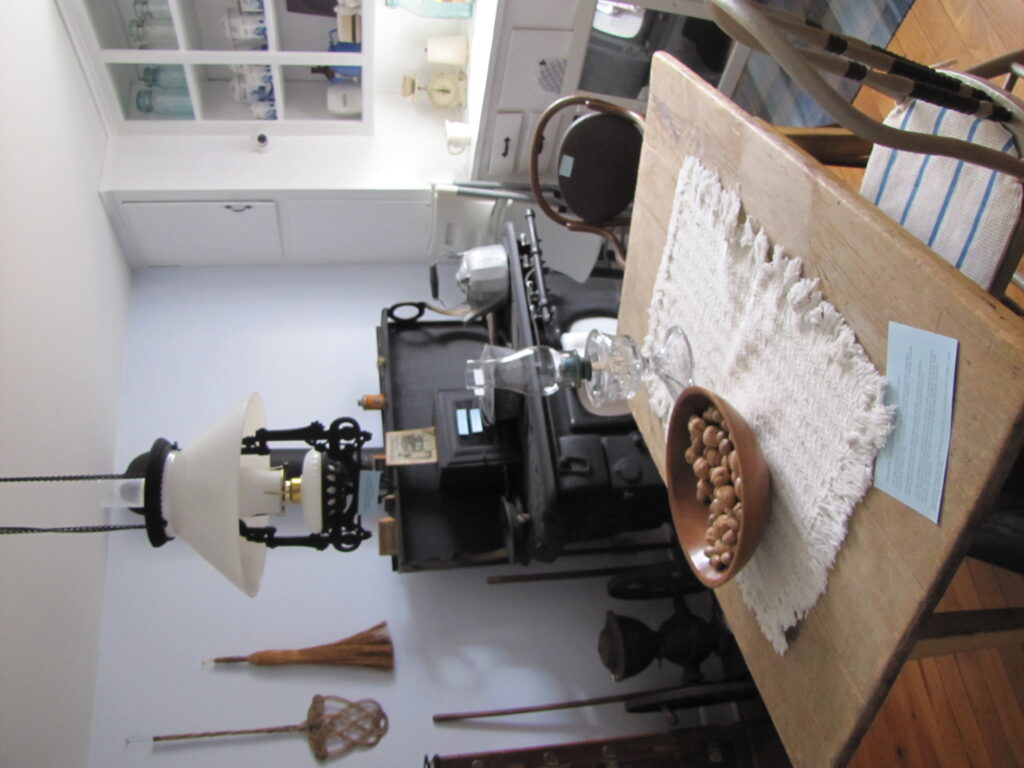 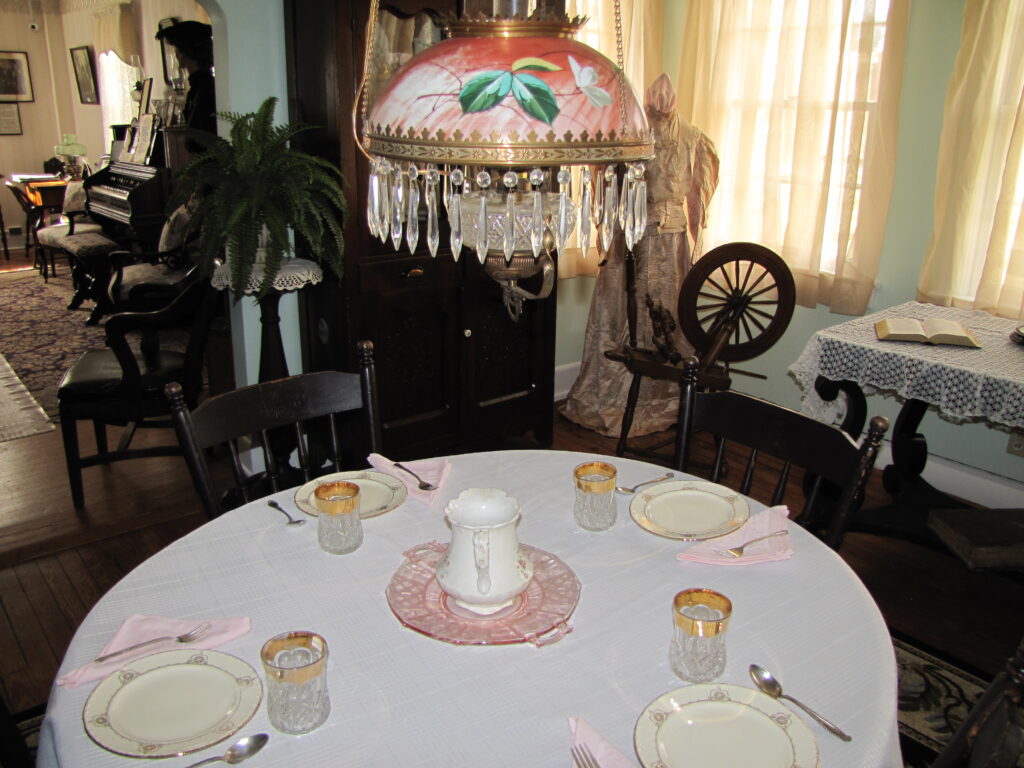 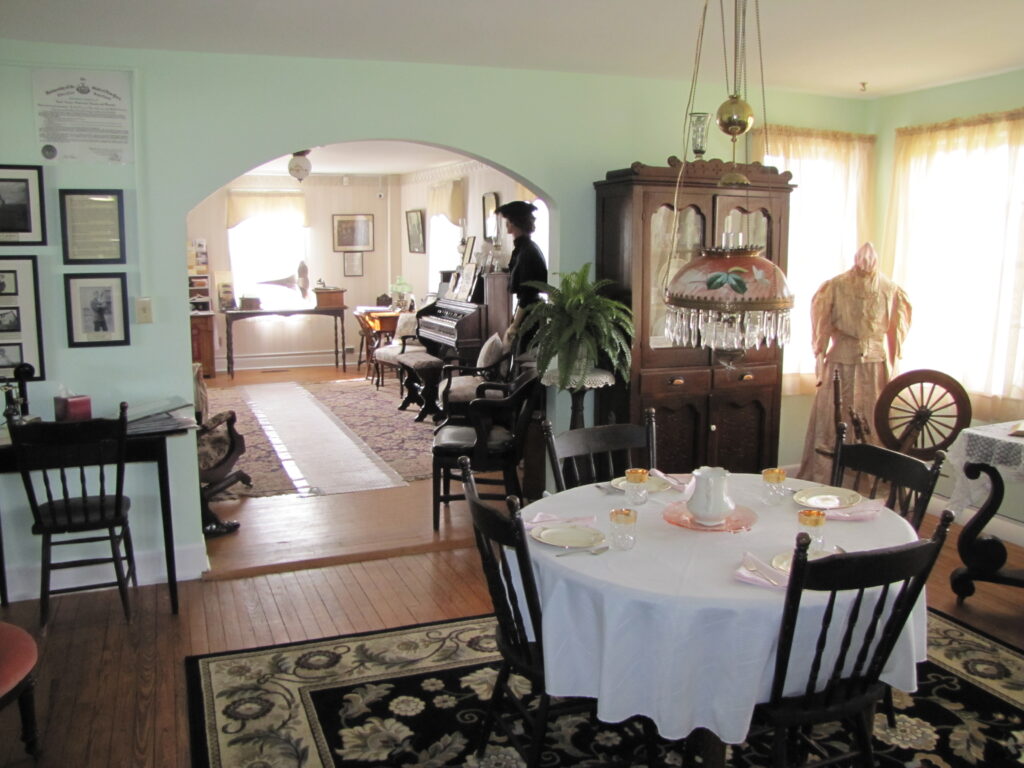 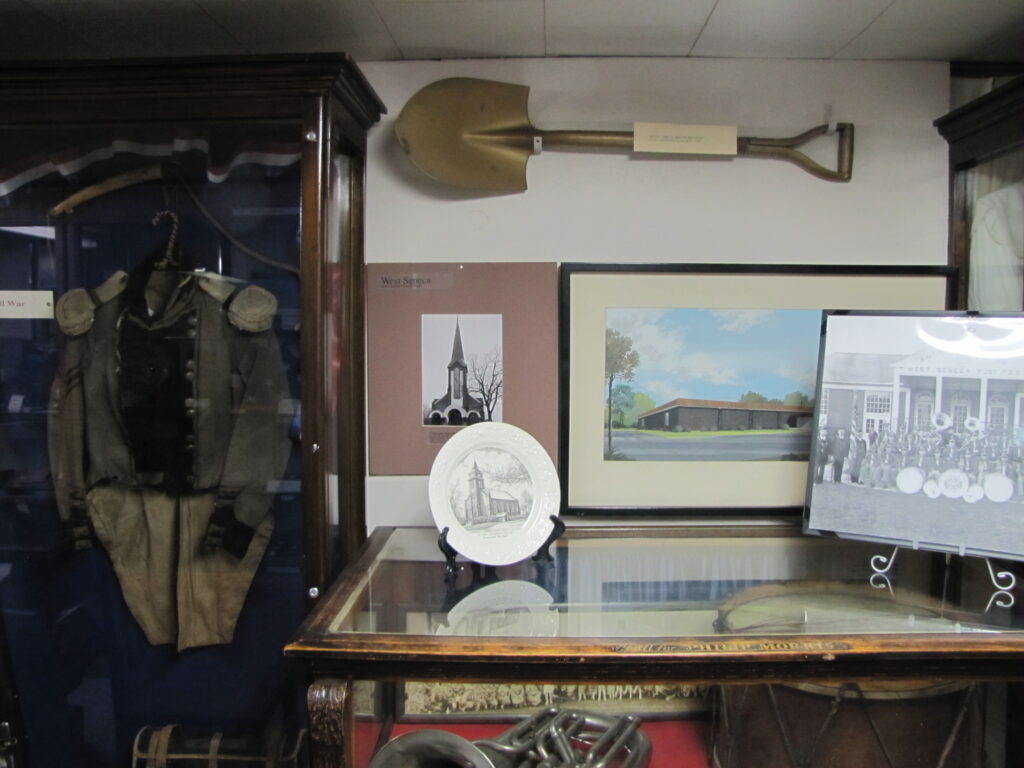 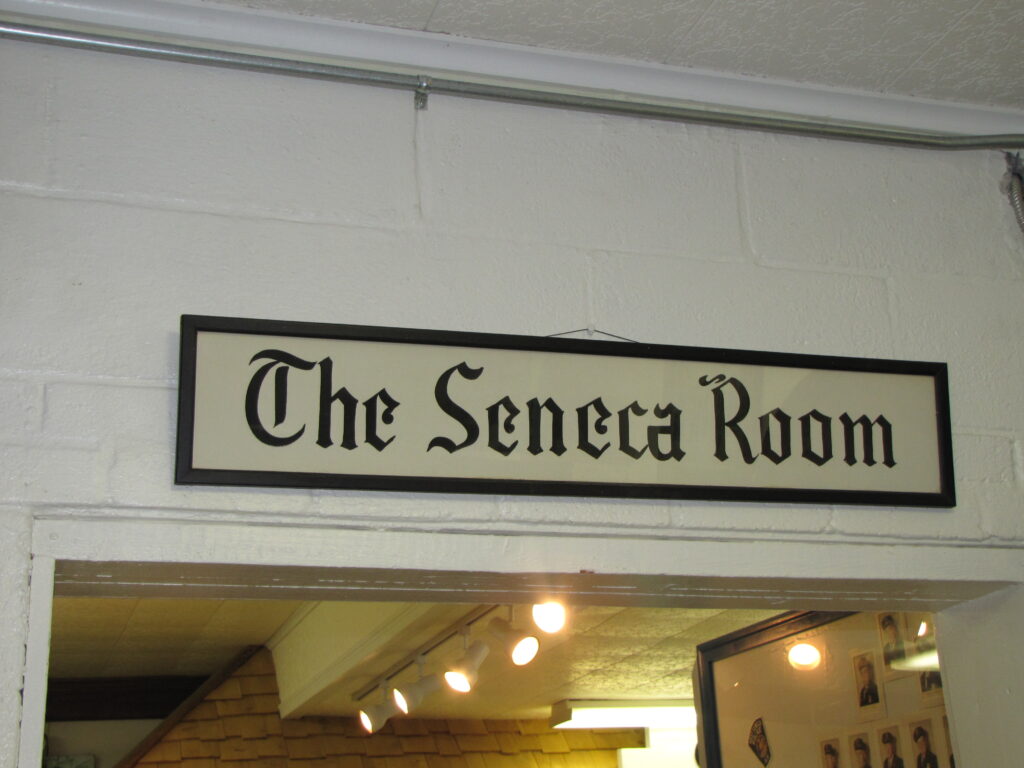 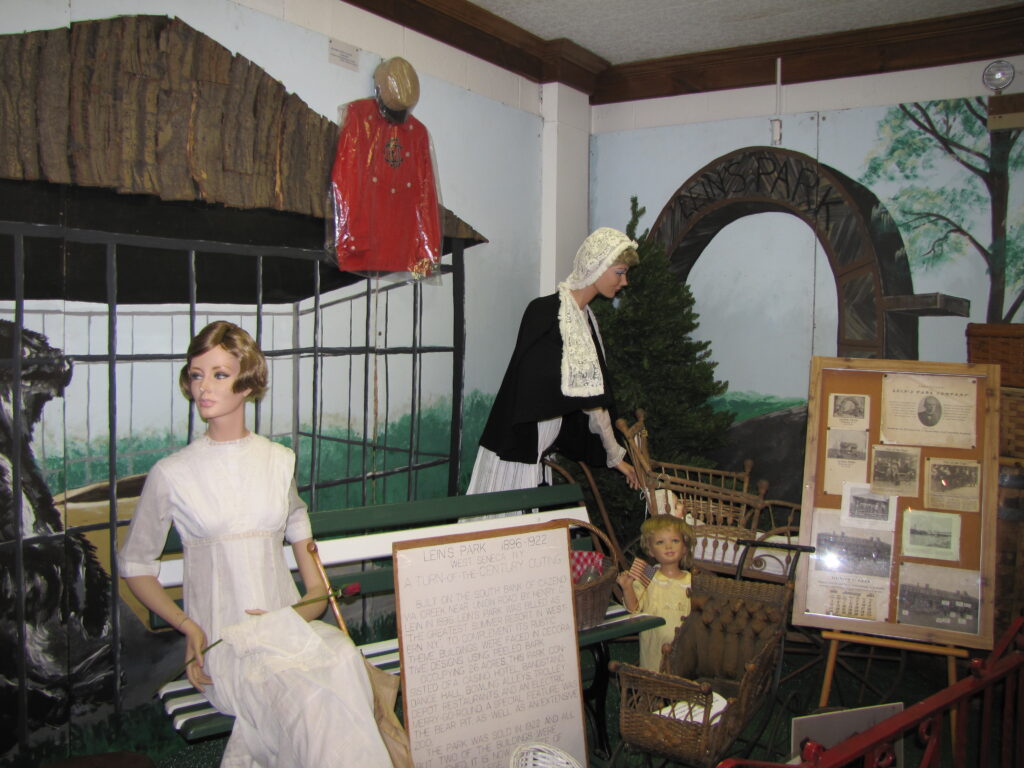 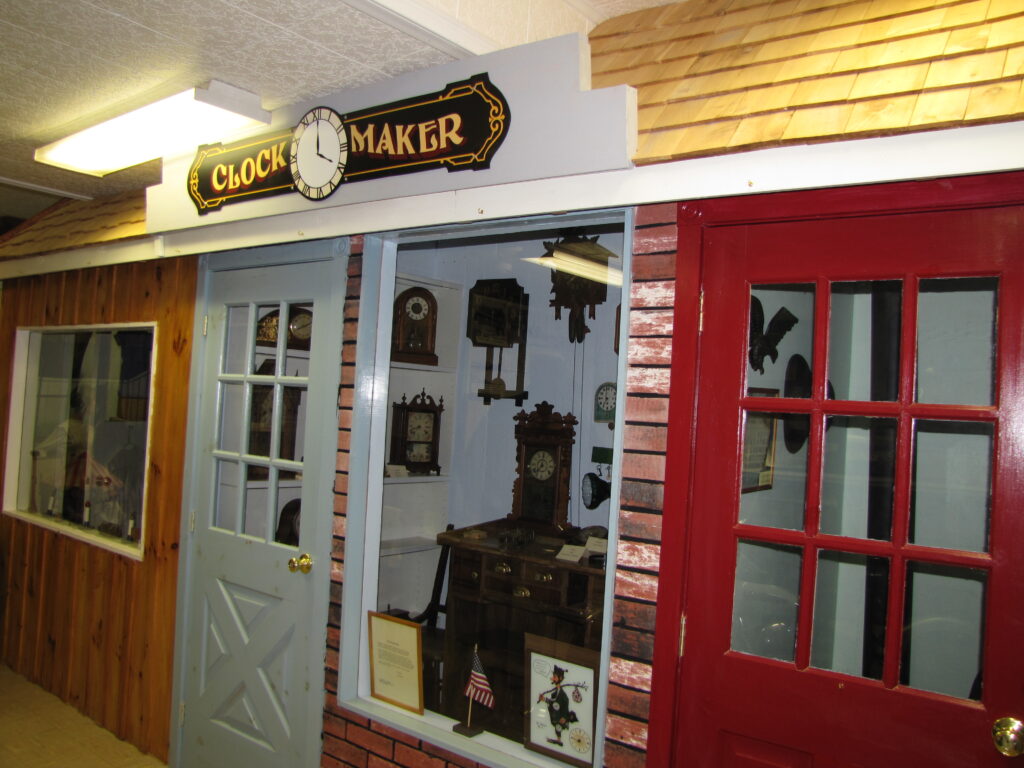 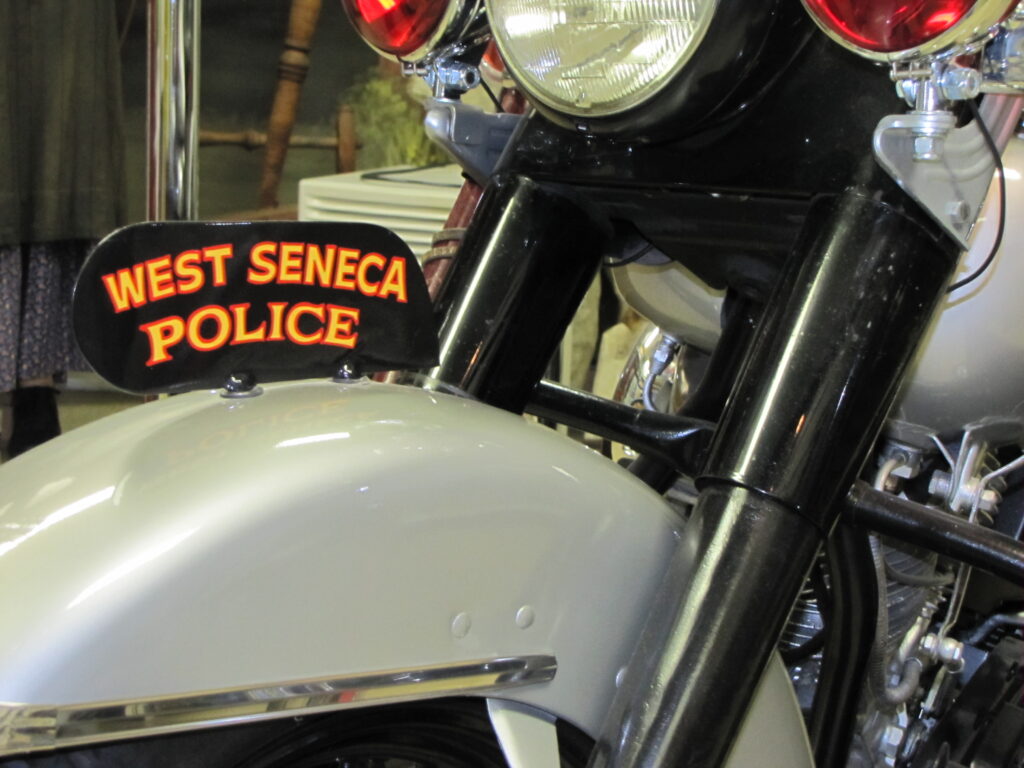 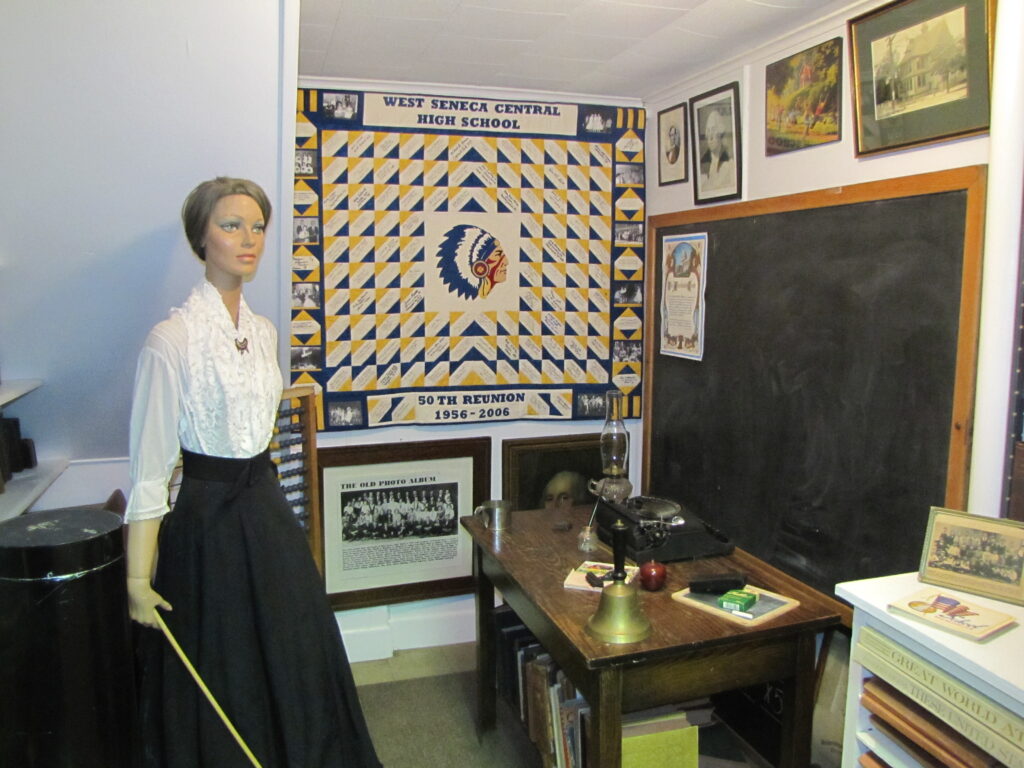 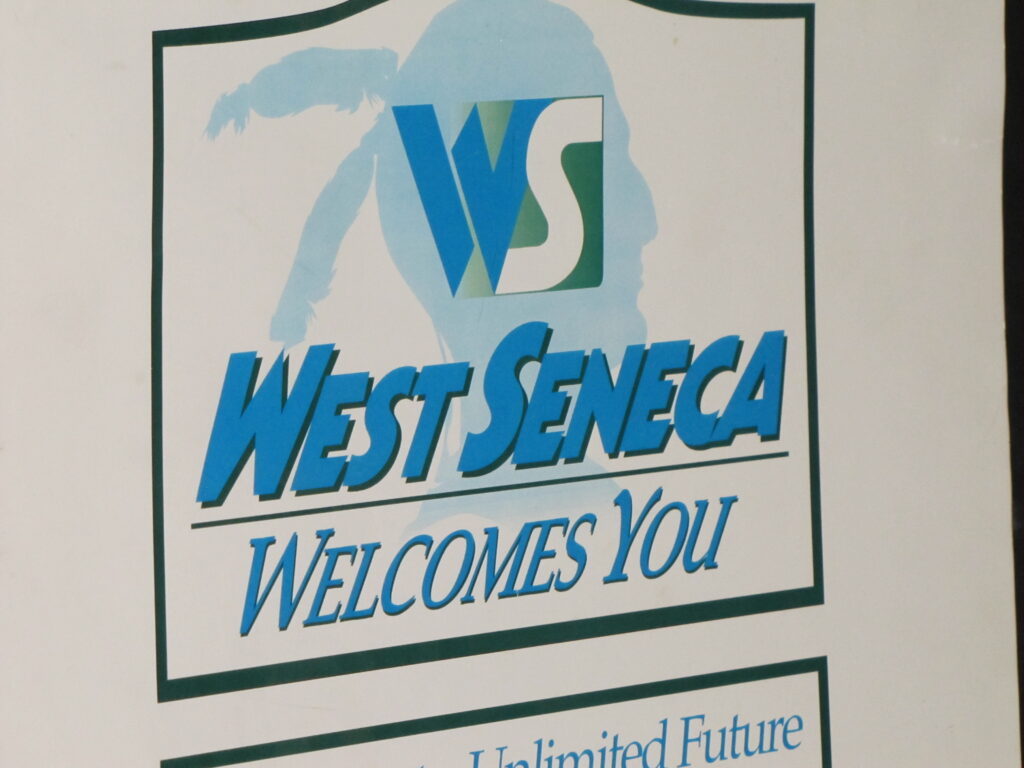 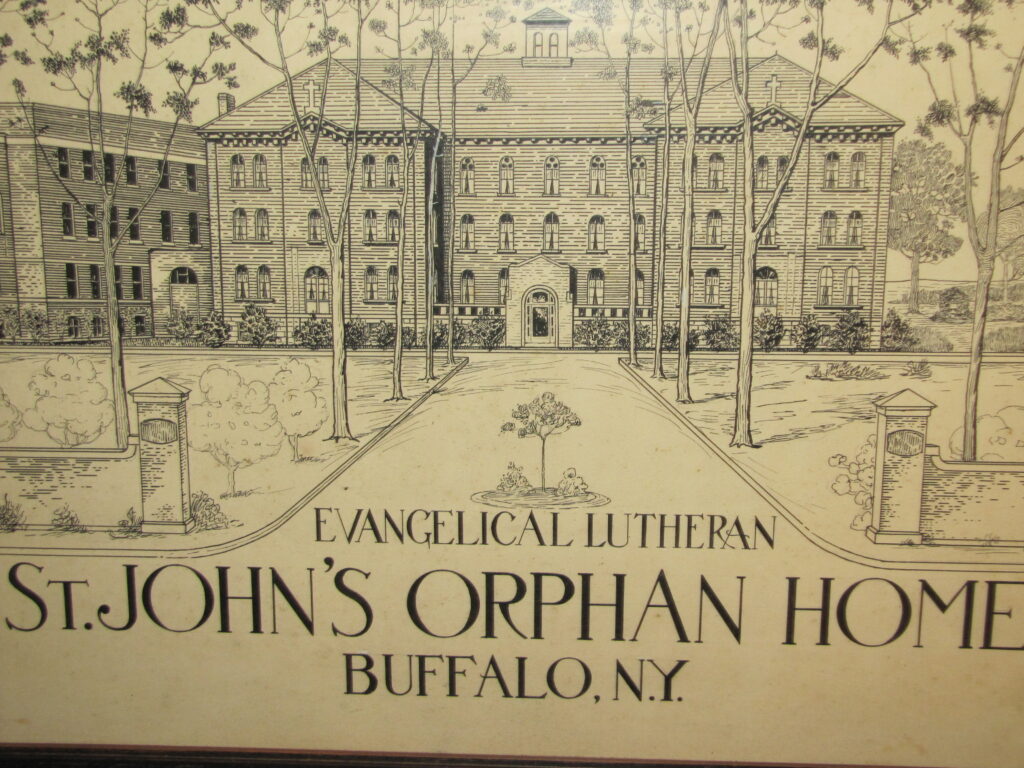 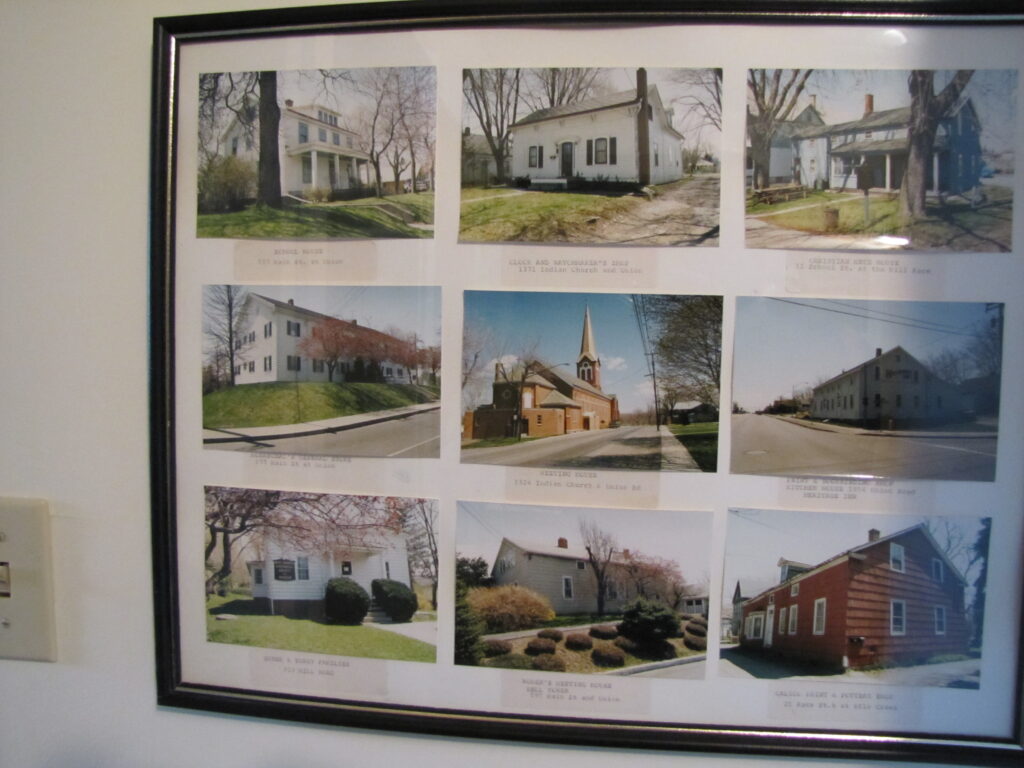 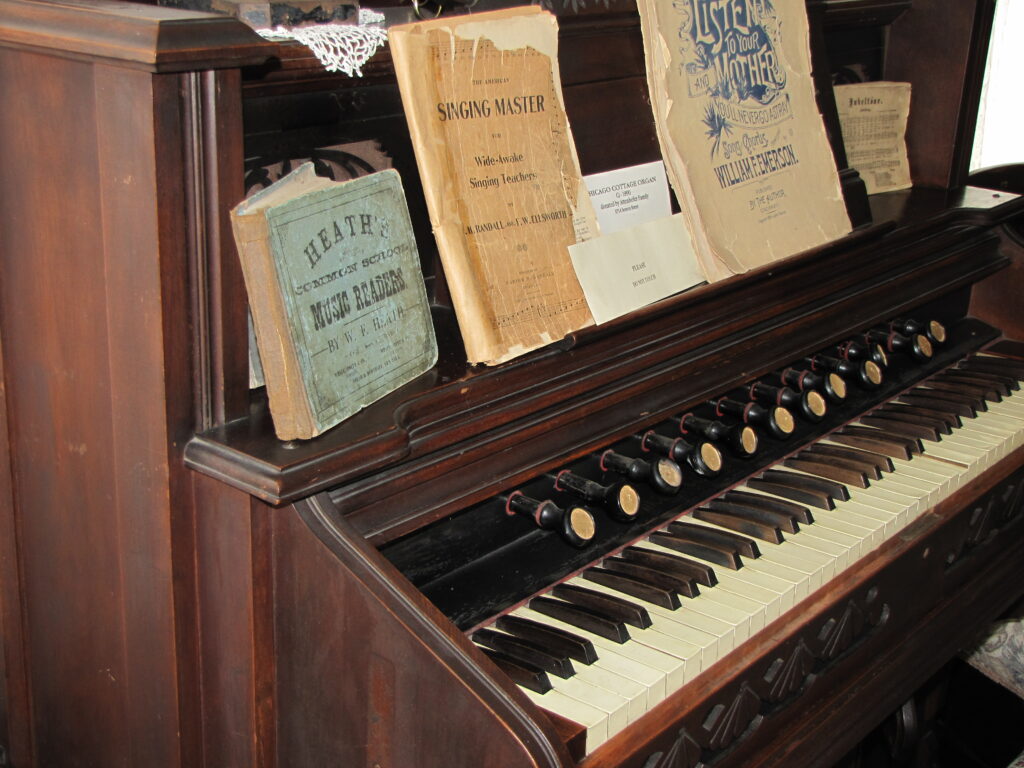 The West Seneca Historical Society was founded in 1946 with Phillip Wiegand as its first president.

When you enter the West Seneca Historical Society Museum, you are standing in an original Lower Ebenezer Society house built around 1850. The four-paneled front door (although modified with a Plexiglas window pane) and large metal lock are original and distinctive to the Ebenezers. The two bedrooms upstairs and two rooms downstairs (living room, hall, and office area) form the actual home that stood at 623 Main Street (across from the Ebenezer United Church of Christ). We believe the plank wood floors in the bedroom are also original to the building.

The house is typical of the most common interior plan used by the Ebenezers: a hallway straight through the middle of the building both up and downstairs. This particular dwelling was divided into two apartments each consisting of a bedroom and sitting room. The same entrance was shared by both. The two Ebenezer families who lived here were the Zuber and Burgy families.

You might find it interesting that there were no kitchens in Ebenezer homes. Meals were cooked by the women and girls in communal kitchen houses that were scattered throughout the community. There were no individually-owned houses. They were built and solely owned by the Ebenezer Society. The Society provided the houses as lodgings for the families.

By the mid 1850’s overcrowding in the community and the growth of nearby Buffalo, compelled the Ebenezer Society to leave the area and sell their property to new German immigrants. This house and 15 acres of land were purchased by Frederick Mayer and his wife in 1864. They added the kitchen and dining room and raised four children here. The Mayers celebrated their 50th wedding anniversary in this house in 1904. The Henry Scheuneman family was the last occupant in 1955.

The building was donated to the West Seneca Historical Society by the Ebenezer United Church of Christ, Rev. John F. Steve, Pastor. In 1956, it was moved to its present location at 919 Mill Road on land purchased “at a sacrifice to help the society” from Dr. James Ehinger. The Historical Society added the backroom display area at that time. In March of 1962, the Historical Society transferrred the ownership of the land to the Town of West Seneca ” . . . to assure a continuation of the present use of the building”.

The museum reflects many periods in the history and growth of the West Seneca community. Artifacts in the museum collection include items from the Seneca and other Indian cultures who once lived in the area. There are also artifacts from the Ebenezers and other settlers who occupied West Seneca into the late 19th and 20th centuries. Furniture, clothing, glassware, and tools reflect the changes in style, fashion and technology through the years.

Today, the descendants of the Ebenezers of West Seneca still have a large community in Amana, Iowa.